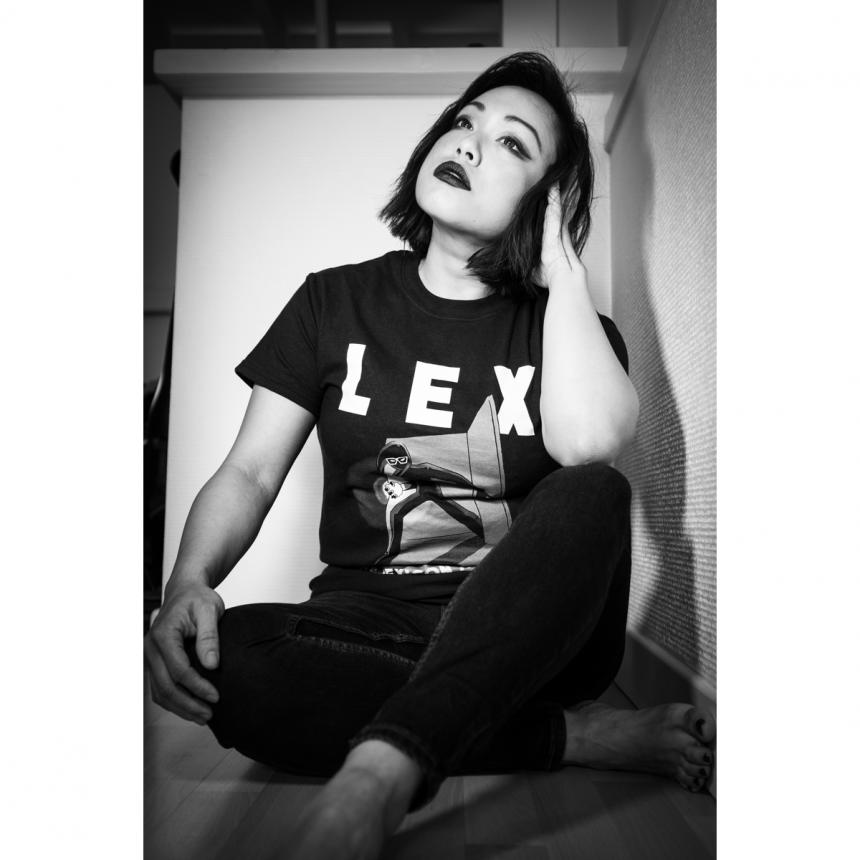 I hope you are all well.

I went to SXSW.

Yes, I have a story to tell.  Grab a blanket and a cup of tea.

It all started in December when I was made painfully aware that 1) SXSW was a thing and 2) SXSW and Austin, in general, had a Nerdcore scene.  To be honest, I'm not part of any scene.  I'm not shy, but I tend to hermit myself a lot.  I need a lot of "me" time for the sake of my sanity.  I'm not sure if that makes me selfish.  Maybe.  I don't know.
Anyway, after chatting to Lex, the Lexicon Artist, (https://thelexiconartist.com) who first reached out to me and was supercool, chatting to Shubzilla (shubzilla.bandcamp.com), and DJ R.O.C.K.M.A.N. (https://www.facebook.com/vmoney48/), I knew that I had to go.  Everyone, save 2, on the Facebook Nerdcore hip-hop group said that it would be a blast, and that it was a good way to network and make friends.  DJ R.O.C.K.M.A.N. offered a place to crash, transport, and general looking after.  Plus, he invited me to participate in Nerdcore Dayz, which is the unofficial showcase.  So, of course I had to go now.
Here's something you may not know about me: I hate traveling alone.  Really, I hate it.  I get anxious about a lot of shit, but traveling by myself is definitely one of those things.  "But you've lived in so many different places and have traveled a bunch!" you exclaim.  It's true.  But, even after all these years, I still can't shake that anxiety.  I suppose this is why I have some backup Xanax.
Merch.  Lex said I needed merch.  And I was, like, SHIT.  I have no merch.  My first album release had been in July.  I had never performed as Ryako, so I didn't have anything to sell or give away.  Basically, I was completely and wholly unprepared...which is why I had to bust ass before March came along.  So began the great odyssey of shirt design, plushie construction, pin, and sticker designs.  Should I or should I not make CDs?  (I didn't, btw, because that would have been too much shit to carry.) . Designs took a while and were finalized in February.  I constructed plushies in January and set them aside.
Every February, I participate in FAWM, which is February Album Writing Month. (https://fawm.org/fawmers/ryako/) This takes every bit of effort and time I have.  It, basically, destroys me, but in an it-hurts-so-good kind of way.  I killed myself to complete an entire musical this time around.  It centers around a planet full of people who believe a red star is the God of Death.  Check it out on my FAWM page if you feel ready for a kick-ass sci-fi/fantasy story that merges all the genres together!
Right after FAWM, I had to prepare backing tracks for performing a set.  My first set ever.  WTF, right?  It's just one of those things I never got around to doing because...I don't know.  i don't have a good excuse.  Part of it, I think, is because I work alone and do everything, so I don't feel like much of band.  I'm a lady holding a mic and rapping and singing along to tunes I made in my attic.  I don't consider myself much of a spectacle.
So, March finally rolls around.  I am slightly unprepared, but I figure I will just do my best.  I've got some cool outfits planned.  I packed up all my shit, went on my flight, and flew across the ocean to Austin.  I had never been to Texas.

And then disaster struck.  All my flights were delayed.  I had to be re-routed through Dallas Fort-Worth.  I came in really late.  A waitress at the airport dropped a glass full of mango smoothie on the floor, which splattered onto my person, backpack, shoes, and brand new cat print leggings.  Feeling tired and shat upon, I made it into Austin.  Vincent #2, who is a friend of DJ R.O.C.K.M.A.N., kindly picked me up and deposited me at a club downtown called Plush so that I could meet up with DJ R.O.C.K.M.A.N., who was doing a set.  I met Mag-lo (https://www.facebook.com/themaglo/) and Eye-Q (https://www.facebook.com/MusicEyeQ/) for the first time, who also looked tired because they had just flown in, as well.  A drunk girl accosted me and I danced with her because she wouldn't leave me alone and I didn't have the heart to tell her to fuck right off....but I should've.  I had been traveling for, like, 26 hours and I was fairly mental.

Throughout the week, I meet some other cool folks, some of whom were also staying at the house. Roberto (https://www.facebook.com/vincent404) was extra cool and we totally clicked because we were both Brwncoats and Cyberpunks.  Then I met Bill Beats (https://www.facebook.com/billbeats/) and Shubzilla (I had met her once in Seattle), who came in from Washington.  Super Smack (https://www.facebook.com/supersmackraps/) came in from New York.  Kadesh Flow (https://www.facebook.com/KadeshFlow/) came in from Missouri, I think.  Got to also meet Mega Ran (https://megaran.com) on Wednesday evening's party at Trinity Hall and earlier that day when we ran into him at a creperie. (Don't worry, I ordered a salad....so did he, actually.  Because we're both doing keto.) . Later on that evening, a couple approached me and asked me to join them in a threesome.  I politely declined, but said thank you for thinking of me.  I didn't want to hurt their feelings.

Just when I thought things were going extraordinarily well, they didn't.  I got laryngitis.  MOTHERFUCKING LARYNGITIS.  That's right.  I was going to perform a set for the first time ever with laryngitis.  Who says the universe doesn't have a sense of humor?
I couldn't sing, but I could rap.  Kind of.  I thought I sounded like a dying horse.  God knows I was dying inside already from mortification and horror.

And then came Thursday, the first day of Nerdcore Dayz.  My voice was shit.  I had to completely redo some backing tracks so that I could perform without having to sing.  All those hours I had spent on backing tracks earlier whilst in Belgium were wasted.  I hurried to put together backing tracks whilst simultaneously shoving brisket and hot tea in my mouth.  While wearing a white, caped jumpsuit.  Because, if I'm going to fail spectacularly, I'll at least look good doing it.I got to meet Lex for the first time because she stopped by the venue.  And, inside, I was cringing.  She had been so instrumental in getting me involved in the Nerdcore group and now I was going to let her down by sounding like an asthmatic walrus trying to rap, dressed like Elvis and Khaleesi's lovechild.  Yep.

I broke out into a cold sweat as I watched my fellow Nerdcore musicians perform.  MY GOD, THEY WERE ALL SO GOOD.  So fucking good.  Jesus, wtf did I get myself into???  Why did I even come?  I wanted to hide in the ladies' toilet.  The sweat began undoing the hard work of the double-stick tape keeping my boobs in check.  If there was a time where I would have welcomed a swift death via lightning bolt, this was it.
But I was alive, albeit drunk feeling from the jetlag, and I was going to go up on the stage and just give whatever I had.  I warned everyone about the laryngitis, as if to say, "Please don't expect a whole lot.  I know I've come all this way from across the world, but I will probably disappoint you."  But I did not disappoint.  In fact, I pulled it off.  I even fucked up one of my songs, but I saved it.  I didn't die.  People actually clapped and not in the slow, derisive way.  I was barely aware of what happened, my nerves were so bad.  Apparently, I 1) licked a microphone, 2) grabbed my crotch, 3)managed to plug an XLR cable back in when it fell out of said mic, and 4) said pretty dirty, perverted things that I cannot repeat to my mother EVER.
Friday's gig also went okay.  I was less nervous this time around, though I was still furiously reworking another backing track.  It ended up fine in the end.  My cousin, Leslie (who had to come to SXSW at the last minute) and I had dinner and spent the rest of the evening talking and hanging out.
During the performance, I took my heels off after nearly tripping on a bunch of cords and screamed, "Fuck heels!" to the audience.  No microphone licking.  Super Smack and I got to make puppets dance during Lex's set.  My voice was DONE, though.  I was supposed to perform the next day at a gaming shop, Game Over, but DJ R.O.C.K.M.A.N., who had organized EVERYTHING, let me off the hook.  I felt a bit bad, but then I got to really enjoy everyone else's performances, so, it was still a great time.  I bonded with Alpha Riff (https://www.facebook.com/alphariff/), who was also a storyteller and yes, he actually knew who William Gibson was.

That Saturday evening was the official Nerdcore showcase.  Super Smack and I did the puppet thing for Lex again.  I'm pretty sure the majority of folks were either drunk or high.  I know I was high, thanks to the generosity of my Nerdcore pals with e-vape thingies.  As it should be.
The next day, a bunch of us got together to eat BBQ.  I was leaving that evening.  And then, just when I though I was finally fucking safe, disaster struck again as DJ R.O.C.K.M.A.N.'s car got a flat whilst on the way to the airport.  Super Smack called an uber, then flagged down a taxi that happened to be passing by.  I quickly had to say goodbye to everyone in the car before jumping in a taxi headed for the airport.  Unfortunately, there was no spare, so the car had to be towed.

And then all my flights were delayed.  AGAIN.  Another 26 hours of traveling and I made it into Brussels airport, slightly crazy but, otherwise, intact.

I can't name all the people I met, partly because I never remember names and partly because there are so many that I couldn't list them all.  Needless to say they were all incredibly talented and driven.  At first, I felt quite intimidated, but, after a while, it dawned on me that they considered me a peer.  I was in good company, clearly.  They're lovely.  I bought some of their merch and even managed to sell some of mine.

And then, the next weekend, I cut off all my hair.  See, I had been growing out my hair for years so that I could donate it to the Think Pink organization in Belgium for women with cancer.  And, after seeing a few videos of myself at SXSW, I figured that it was time to just give it away.  It was long enough.

And so ends another chapter of my life, humans.  I have had a lot happen in these last few months, personally, and I guess I'm ready to move onto the next stage of my life, both figurative and literal.  Who knows what the future will bring?

We will find out.

I'm proud of you. Above it…

I'm proud of you. Above it all you did the damn thing. You should be proud of that. I can't wait to see what you do next. <3

Congrats on the successful SXSW